The territorial dispute on Golan Heights between Syria and Israel has been continuing since the Arab Israeli war in June 1967. Golan Heights, one of the areas occupied by Israel after this war, is still under Israeli control and UN Peacekeeping forces have been in the region since 1974 to protect the ceasefire environment in the region. This paper aims to provide an historical account of this long-lasting conflict while focusing on the reasons of the emergence of the Golan Issue, as well as the UN involvement to the issue which started as early as 31 May 1974 with the establishment of The United Nations Disengagement Observer Force (UNDOF).

The conflict between Israel and the Arab states began on May 15, a day after May 14, 1948, when Israel declared its independence. The First Arab Israeli War, which started with the attack of a coalition force consisting of Egypt, Syria, Iraq and Jordanian armies which could not accept the existence of a Jewish state in Palestinian lands, resulted in the victory of Israel and the collapse of the UN’s proposal for the Palestinian Arab State. This war, aside from solving the problems between the parties, has grown more them.

In the 1950s, under the leadership of Egyptian President Gamal Abdel Nasser, Arab nationalism gained importance. Egypt, explaining that it nationalized the Suez Canal under the influence of the rising nationalist movement so it faced the military action of Britain, France and Israel and the invasion of the Sinai Peninsula. Israel joined this operation to solve its border problems with Egypt. However, these three countries, which had the reaction of the United Nations, the US and the USSR so had to withdraw from the region soon. After the withdrawal, UN peacekeeping forces settled in the Sinai Peninsula, and the peacekeeping mission called UNEF I remained in the region until 1967 to ensure Egypt’s security and territorial integrity.

In June 1967, the Egyptian, Syrian and Jordanian coalitions once again confronted Israel. This war, known as the 6-Day War, began shortly after UNEF I withdrew from the region at the request of the Egyptian president, and Israel achieved a decisive victory and invaded the Golan Heights from Syria, Sinai Peninsula and Gaza from Egypt, and Jarusalem and West Bank from Jordan. After the war, the United Nations Security Council adopted Resolution 242 and told Israeli forces to withdraw from the occupied territories and provide permanent peace, but Israel did not withdraw due to some diplomatic disagreement.[1]

In 1973, Anwar Sadat, who was elected president of Egypt after the death of Abdul-Nasser, reached an agreement with Syria to make up for their 1967 defeat and attacked Israel. Under the agreement, Egypt attacked the Sinai Peninsula and Syria attacked the Golan Heights. Israel stopped the Egyptian and Syrian forces in a short time and started the counterattack. However, the United Nations Security Council intervened in the war and issued Resolution 338, demanding that the war be stopped within 12 hours and reverted to the ceasefire conditions provided by Resolution 242.[2] After Resolution 338, the UN Security Council published Resolution 339 and deployed UNEF II forces in the Sinai region. Although the conflict on the Sinai Peninsula was solved in a short time on the initiative of the United Nations Security Council, the conflict in the Golan Heights could not be solved until mid-1974.

The intensified conflict between Israel and Syria in the Golan Heights continued until March 1974. In March 1974, the United States attempted to mediate and sat down with the two countries, and as a result of these negotiations, “Agreement on Disengagement between Israeli and Syrian forces” was signed. As a result of the agreement signed on May 31, 1974, the conflict between the parties ended, “the area of ​​the separation” was established between the two countries and the Golan Heights remained under Israeli control. (This does not mean that Israel has annexed the region.)[3] The UN Security Council Resolution 350 was issued on the day the treaty was signed. Resolution stated that the UN Security Council welcomed the treaty in its first article and announced the establishment of the United Nations Disengagement Observer Force (UNDOF), which will be renewed every six months to maintain the ceasefire in the region.[4]

UNDOF – fully – aims to protect the ceasefire and communication between the parties, to control the designated areas of separation and limitation, and has maintained this objective since its inception. In Resolution 350, the UN Security Council declared a Areas of Limitation (AOL) in addition to the designated Area of Separation (AOS). It is forbidden for the parties to establish a missile system within the 25-kilometer restricted area. In addition, the number of heavy weapons, soldiers and tanks placed in these areas was limited.

UN Peace Mission in Golan Height, when it was created in 1974, consists of Canadian, Peruvian, Austrian and Polish staff, while today the staff from the Philippines, the Netherlands, Fiji, Ireland, India and Nepal also support the mission. They have also collaborated with the United Nations Truce Supervision Organization which was created for peacekeeping in the Middle East. The troops in the Area of ​​the Separation are constantly patrolling, and controlling the line with two base camps and 11 observations post so that the Syrian and Israeli armies do not mutually cross the border.

UNDOF also engages in activities that facilitate civilian life. For example, it works with the International Committee of the Red Cross (ICRC) to facilitate transitions between the two parties, such as mail, people, food and medical supplies. As a result of these efforts, the Israeli government has allowed the passage of Druze pilgrims since 1988. Secondly, UNDOF is able to provide health services to the people of the region when necessary, and sometimes even allow a wedding in the buffer zone.[5] In addition, they have carried out mine clearance activities on minefields in the area and have taken various steps on environmental pollution.

The Syrian Civil War also affected UNDOF’s activities. Some time after the outbreak of the civil war, in 2012, Syrian forces made violations of Area of ​​Limitations, targeted peacekeeping personnels, and their some mortar shells reached on the Israeli side. The frequent occurrence of such situations has led to a reduction in the number of UNDOF personnel, and 2012 reports reported that three Canadian troops were recalled by their governments.[6] During this period, the working capacity of UNDOF was severely damaged. In 2013, he was featured in world media that a Syrian rebel organization, The Martyrs of Yarmouk Brigade, kidnapped 21 peacekeepers. Although personnels were rescued through the diplomatic efforts of the UN Secretary-General, the difficulty of carrying out activities in the region was proven again.

In 2014, as the civil war proliferated to their territories, the majority of UNDOF forces on the Syrian side had to cross over to the Israeli side, and remained there until 2018, when the current Syrian government repowered. During this period, the conflict between the Baath regime and Israel also interrupted their activities. For example, UNDOF reports that the Syrian forces launched a rocket attack on the Golan Heights on 20 August 2015 and that Israel responded to the attack.[7] Apart from these two forces, the Russian forces in the region to support Syria also carried out military operations near the Golan Heights. In short, the cease-fire situation, which has been preserved since May 1974 by UNDOF’s efforts, has suffered greatly after the Syrian Civil War.

From the day Israel was founded, the Arab States have been hostile to it and have battled against it many times. The War of 1967, which led to the greatest consequences of these wars, led to the passage of many important lands, including the Golan Heights, to Israel, which led to the 1973 Yom Kippur War. After the end of the 1973 war, the endless conflict in Golan forced the US and the United Nations Security Council to take steps, with these steps, Syria and Israel signed an agreement and UNDOF was established.

When activities of UNDOF was looked at since its establishment, it can be seen that the mission has achieved many successes. The peace mission helped end the endless conflicts in the region and to maintain the ceasefire agreement for many years. This is a great achievement in itself. The Parties respected the activities of UNDOF and took care to be as transparent as possible. At the same time, the peacekeeping force carried out many humanitarian activities and tried to respond to the demands of the people of the region. Even though the activities were damaged during the Syrian Civil War, it should be noted that in such an extraordinary situation, the capabilities of a group with restricted forces is very limited.

[3] Israel only invaded Golan in 1967, then announcing the unilateral annexation of the region in 1981, but this decision was not recognized by other countries. In 2019, the Trump Government in the United States announced that they recognised Israel’s unilateral decision. 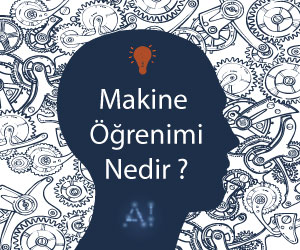 Go to Appearance > Customize > Subscribe Pop-up to set this up.